New York City is one of our favorite big cities because no matter how many times we go back, there’s always something more to see and do. We’ve gone up the Empire State Building, squeezed in with crowds to view the Rockefeller tree, took the ferry to Liberty Island, and even braved the cold and crowded streets of Times Square for the New Year’s Eve Ball Drop.

On our most recent trip to New York City last September, we only had roughly 48 hours to spend in the city. We landed in JFK Airport just a few minutes before midnight on a Friday and we were exhausted from the day’s work and having to catch a late-night flight, so we decided to take a cab that brought us straight to our hotel.

Outside the Majestic Theater

The stage ready for Phantom of the Opera

Since we only had about 48 hours, we decided to stay at Row NYC, a hotel located right next to the Majestic Theater in the Theater District of Midtown Manhattan. The location was convenient, with easy access to major attractions, shops, and public transportation. The room we were given was clean yet small and basic, tucked at the end of a narrow hallway. Although it seemed claustrophobic at times, it wasn’t a surprise for us since we knew that even the most basic of rooms come with a large price tag in the heart of Manhattan.

Outside the Waldorf Astoria

The World’s Fair Clock inside the Waldorf Astoria

For the most part, we walked as much as we could and rode the subway when we had to go further from our hotel, such as to and from Chinatown, World Trade Memorial, Brooklyn, and Queens. A combination of both methods were the most cost-effective way for us to see more of the city.

On our way to the JFK Airport for our return flight, we took the train to Jamaica Station then hopped on the AirTrain, which brought us straight to the airport. It was an easy and convenient way to get to the airport without worrying about getting stuck in traffic jams and missing our flight. We arrived at the airport with time to spare.

Since we only had about a full day and a half to spend in the city, we ended up not spending much on daily expenses. The only times we had sit-down type of meals was brunch at Lillie’s in Times Square and dinner in Chinatown. We mostly ate food we bought from sidewalk vendors, which NYC has a number of, and went exploring around the city by ourselves on foot or by train. The only time we truly splurged was when we bought tickets to Phantom of the Opera, but even then, we purchased them at a discounted price (around $60 per person for amazing Balcony seats) from the TKTS booth on Times Square. 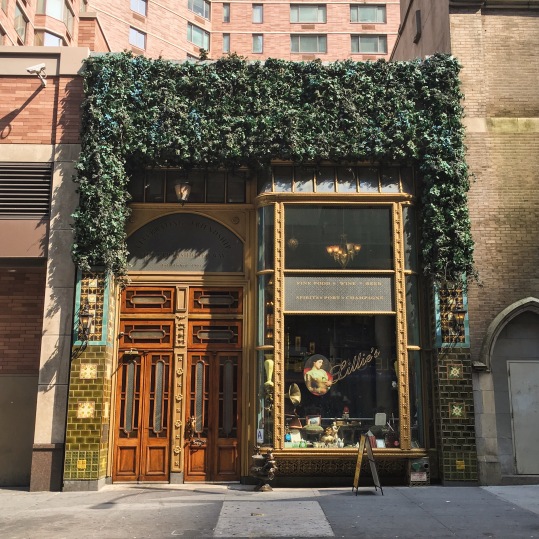 Dice D. is an amateur photographer and budding content creator, a bookworm, bibliophile, wanderlust, Whovian, Potterhead, Netflix-binger, foodie, coffee addict, night owl, and a practical romantic (if one exists). She is still (and always will be) discovering who she wants to be when she grows up. View all posts by Dice D.

This site uses Akismet to reduce spam. Learn how your comment data is processed.